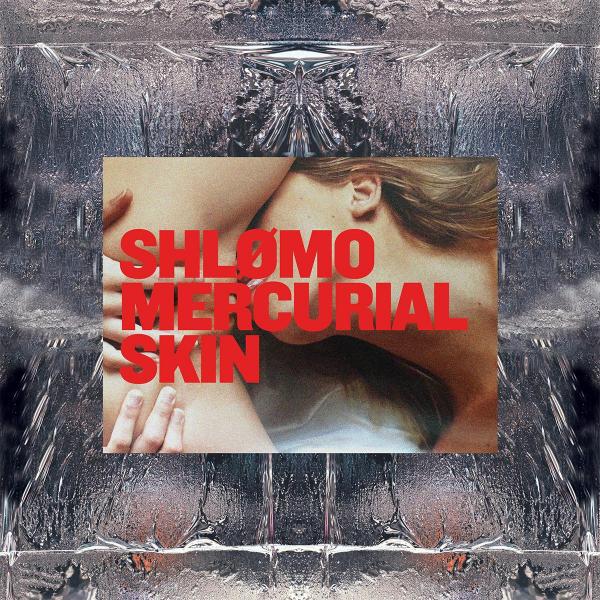 Taapion Records co-founder Shlomo drops his expansive and versatile debut album 'Mercurial Skin'. A driving force within Paris' contemporary techno revival, Shlomo remains an individual at the heart of the city's bustling scene having swiftly established his own idiosyncratic sound with a myriad of releases on Delsin, Arts Collective and Soma and remixes for the likes of Oscar Mulero and Keith Carnal, not to mention reworks of his own productions from Norman Nodge, Johannes Heil, Tripeo and Donato Dozzy. As an artist, the Parisian performs both as Shlomo as well as his live ambient project under his full name, Shaun Baron-Carvais, with appearances from Berlin Atonal to Contact Tokyo, Berghain to Bassiani, Freerotation to Khidi, not to mention a residency at Concrete. Co-founder of Taapion alongside AWB and PVNV, a label celebrating its fifth anniversary having hosted some of the capital's most respected names in Fran ois X, Antigone, Bambounou and Roman Poncet, his wealth of skills as a producer, performer and A&R are clear to see. Having taken many forms and directions across the past 24 months, Shlomo now presents his and Taapion's debut album: 'Mercurial Skin'. "This album is a return to my roots, I wanted to express and translate the inspiration from my early years into one body of work. Having discovered electronic music through labels such as Warp and their releases from the late 90's / early 00's, I wanted to pay homage to the artists that have guided my sound, and the first part of the album is a tribute to these influences. I was also the only kid in class that would buy movie soundtracks or film scores, and I wanted to convey the memories and emotions from these records within the LP." - Shlomo Opening with the entrancing 'Hadal Zone', the 14 track long-player navigates a rich tapestry of textures and emotions to uncover the Parisian's most complete body of work to date, comprising of hypnotic, up-tempo cuts such as 'Mouais' through to entrancing, ever-evolving journeys in 'Suicide Ghost'. 'Mercurial Skin' delves into shades and tinges of Autechre as airy pads float amongst crisp drum work to reveal a truly stunning IDM offering, before ethereal compositions such as 'Maara' and 'Minotia' contrast against the glitchy, off-kilter breakbeats found amongst 'Napalm' and 'Low Key Love'. 'Ivory' offers a sublime slice of serene escapism, whilst the beatless 'Maintain The Lie' and 'Anastasia' exhibit immersive pockets of emotive sound design, acting as interludes whilst transporting listeners to cavities of space and serenity. Murky and eerie atmospherics flood through 'Jager Mod' and penultimate cut 'Brother', injecting panic and intensity to proceedings, before easing into the finale 'Wish You Were Here', as Baron-Carvais punctuates the LP with an expertly balanced exhibition of blissful soundscapes and esoteric melodies. Comprised of enough experimental and left-of-centre nuances to satisfy even the most curious of diggers, 'Mercurial Skin' delivers an alluring trip into the mind of the most exciting and dexterous rising talents within electronic music. Shlomo 'Mercurial Skin' is out on Taapion Records on 29th October 2018.