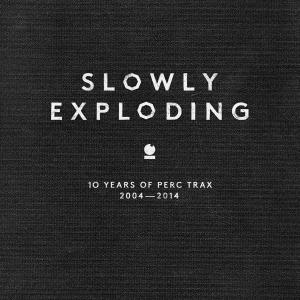 Ali Wells's Perc Trax has done incredibly well over the years, and in fact, this latest EP (the third in the series) marks the label's ten year anniversary! Patrick Sottrop aka Kareem drops "Just When You Thought It Was Over" on the A-side, unleashing a militant and subtly dubbed-out warhead for the peak time hours, while Wells himself touches down as Perc with the stormy, wide-eyed sound sculpture that is "Volley". Surprisingly, the kick drum - a menacing pound to the head - only pops up well into the track, leaving space for all other sorts of atmospherics and distortion to surface. Excellent, as per usual.