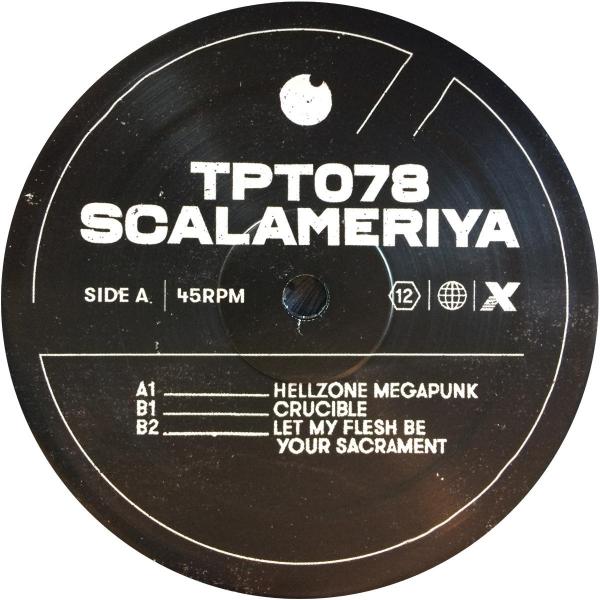 Scalameriya returns to Perc Trax after the success of 2016's 'Kepslok'. Since then he has continued to break new ground both as a solo artist and via his ongoing collaboration with Italian producer VSK, playing across Europe and releasing on a number of key labels whilst growing his own Genesa imprint. Now for his first release of 2018 he takes a giant leap forward both musically and technically with the three track statement of intent that is his 'Hellzone Megapunk EP'. Each track demonstrates new techniques and approaches not heard in his music before, from the 4/4 versus broken beat cage fight of the title track to Crucible's rolling polyrhythms and the otherworldly processed vocals of the closing track. As the first Perc Trax release of the year this EP sets out everything the label seeks to achieve, a combination of sonic innovation that manages to keep attention fully focused on the dance floor at all times.