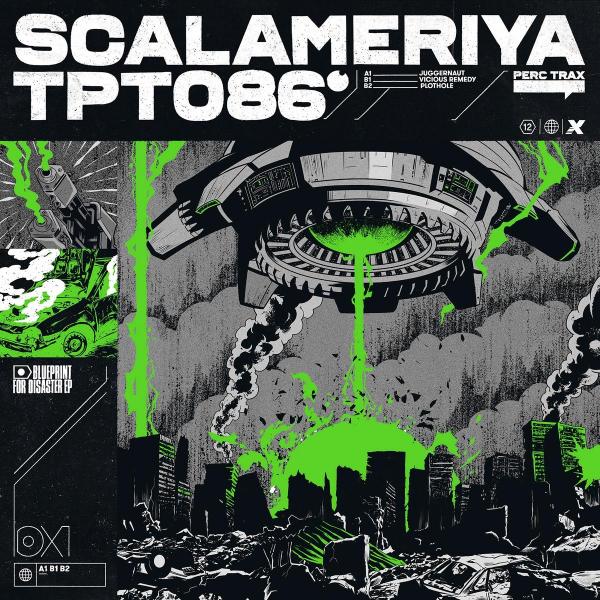 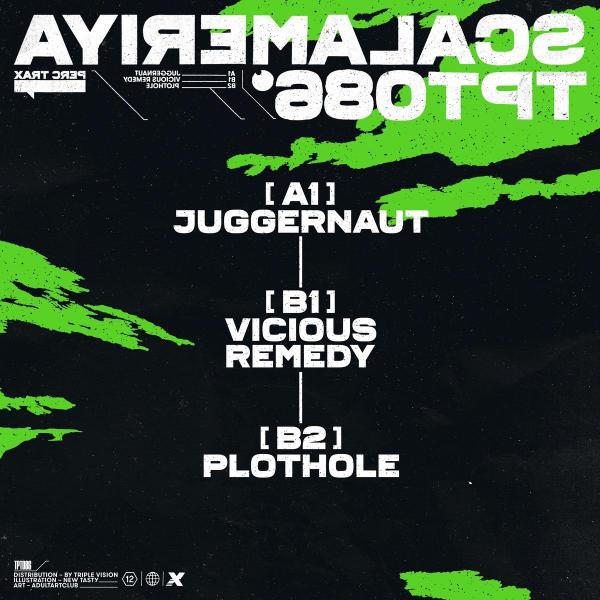 Scalameriya returns to Perc Trax for his second solo EP for the label following on from "Hellzone Megapunk" from early in 2018. As expected Perc Trax's Serbian representative once again pushes his sound forward matching his ear for innovative sound design with his innate sense of rhythm. A-side track "Juggernaut" has already been a highlight of both Scalameriya and Perc's DJ sets since last year and has proved itself to be a guaranteed floor destroyer time and time again. Flip it over and both "Vicious Remedy" and "Plothole" focus more on steady timbral build-up than instant rhythmic destruction. Both gradually winding up over the course of their first few minutes before peaking with an explosion of energy. As with "Hellzone Megapunk" the 12" sleeve and release artwork for this EP is a collaboration between Perc Trax's resident design crew Adult Art Club and esteemed illustrator New Tasty. Both worked closely with Scalameriya and Perc Trax to ensure the perfect visual representation of Scalameriya's razor sharp future facing techno.