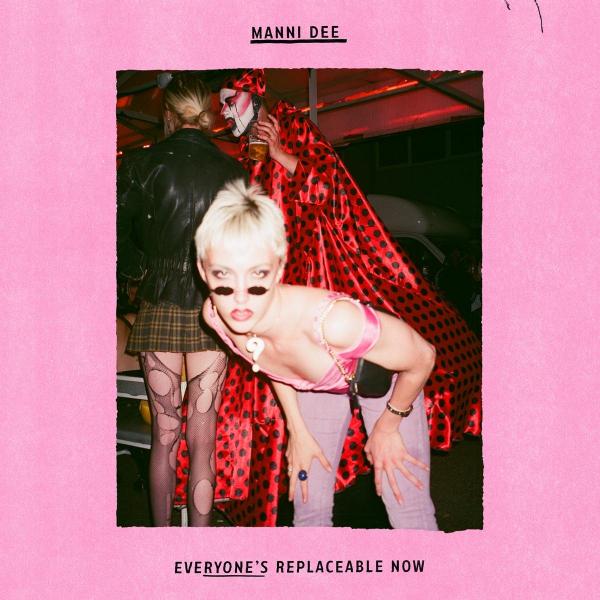 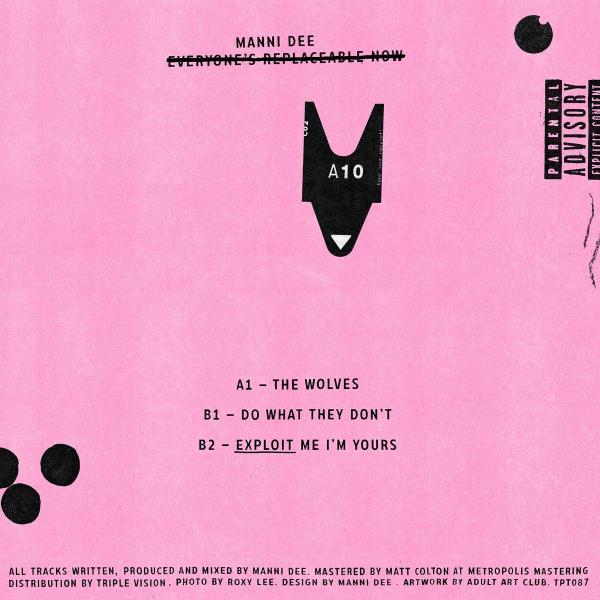 Manni Dee returns to Perc Trax with his first new material for the label since his breakout release 'Throbs Of Discontent' was unleashed by Perc Trax back in 2018. Lead track 'London Isn't England' soon became a scene anthem and increased recognition of Manni's unique blend of bleeding-edge electronics and fearless political statements. Since then he has released his debut album on the legendary Tresor label, become a key part of Ansome's SLAM imprint and has toured the world as both a DJ and live act. For the 3-track 'Everyone's Replaceable Now' Manni dispense with the niceties and heads straight for the jugular with three slices of techno brutalism. Leading the way is A1 track 'The Wolves', dedicated to Manni's home town of Wolverhampton, which dissolves into a melee of Friday night town centre chatter before coming clattering back in. Over on the B side, 'Do As They Don't' fires out a volley of rave stabs with more class than most of the current crop of 90's reruns before closing track 'Exploit Me I'm Yours' ramps up the industrial influences for a tense, percussion work-out.