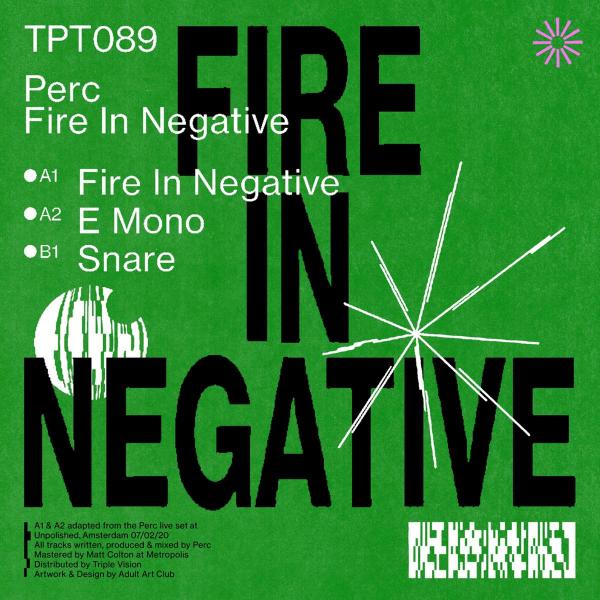 Perc returns to Perc Trax for his first original release of 2020 and his first full EP since 'Three Tracks To Send To Your Ghost Producer' was released back in March 2019. 'Fire In Negative' includes three tracks adapted from his live set at Reaktor's Unpolished event in Amsterdam earlier of this year, plus another completed directly after that set when the atmosphere and energy of that event was still fresh in his mind. Title track and opener 'Fire In Negative' fuses crushing kicks with covert art gallery recordings and the crackling flames of the title, topped off with Ventolin-esque sine tones. Another statement track from Perc, sidestepping the current trend for rave revivalism whilst matching its energy toe to toe. 'E Mono' is a classic Perc drum track, skipping big builds for an unexpected switch in the middle section, whilst 'Snare' goes in the opposite direction, breaking down into two minutes of abrasive feedback before finally kicking back in.