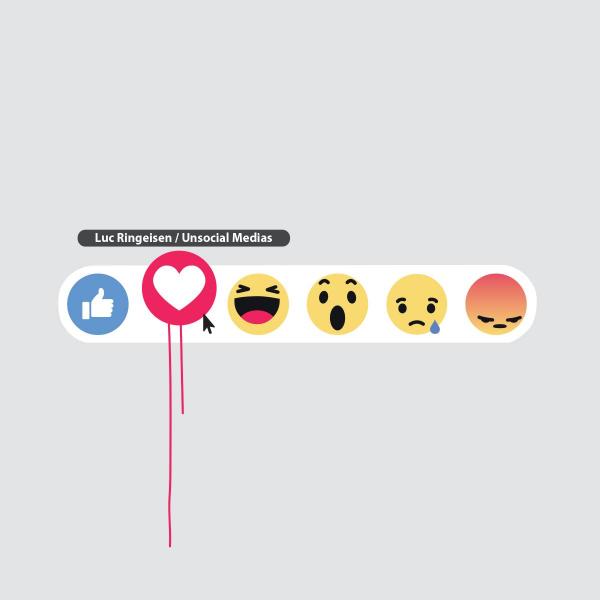 'Unsocial Medias' is the new release by Luc Ringeisen, released via Trim Records. Since founding the Vinyl Club record shop in Ibiza in 2003, Luc has made a name for himself in the underground scene throughout Europe. Now, with a series of strong releases behind him, but none since 2016, he has decided to release 'Unsocial Medias', the label's second release after Tijn's brilliant 'Don't Stand Still'. This EP is a consequence of the long-standing relationship between the label owner and the producer. A friendship born in Ibiza, the owner of the label, Andrea has also worked in Luc's record store, Vinyl Club, (which Luc's fans will notice, is also the name of his label). The digital age had a negative effect on the record store, but with each individual now reinvigorated musically, now was a good time to reconnect the relationship. Remaining faithful to the experimental philosophy of Ringeisen, the three tracks on show are full of melodies that intertwine with the mind and irresistible grooves. 'Qu Un Fois' comes first and you are immediately struck by its firm beats, all of which practically force the listener to the floor. Full of deceptively simple beats and disorientating melodies, it's a complex track that bares all the hallmarks of a classic Luc Ringeisen joint. The EP's middle track is a remix of 'Qu Un Fois' by Lorenzo Chiabotti. Starting off on a decidedly retro vibe, the track boils and boils while the background environments slowly build. Full of rhythm and intensity, it's a fitting re-interpretation of Luc's original. Last but not least is the title track, another steely, moody track that's loaded with attitude from the off. An atmospheric DJ tool that will sound right at home on a suitably large system, it's a fitting ending to a release that's never lacking in personality.