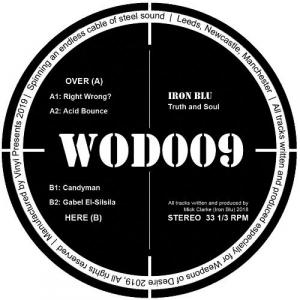 Iron Blu with his next release on the label, Truth and Soul I (yes there will be II & III later) serves up four tracks of tough, dub-tinged techno inspired by and a logical progression from his postpunk roots. Vinyl only, no repress, limited to 200 copies.....you know the score!