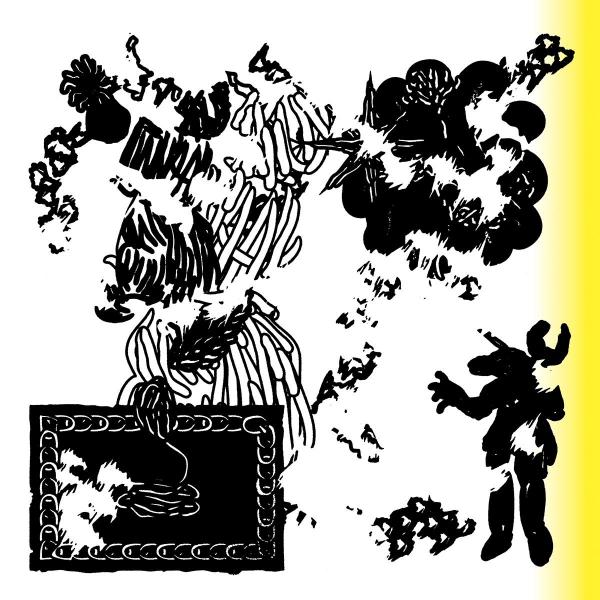 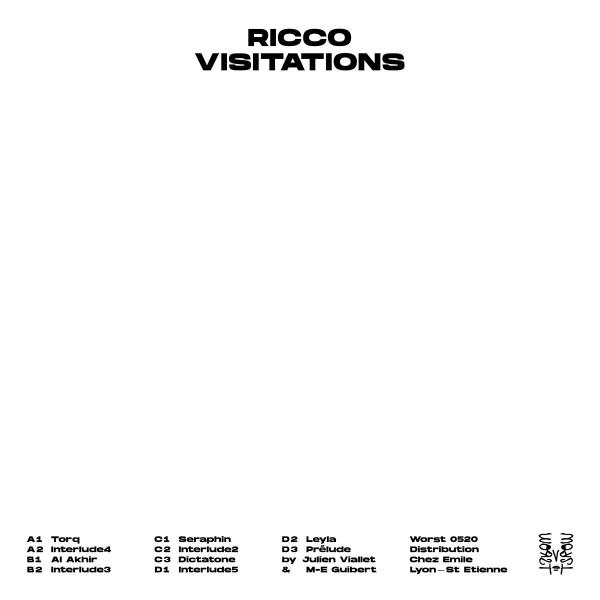 And then came the Visitations. The fifth opus of the Worst Records library could appear as an audiobook for transcendental meditations. If the idea of trance-induced state is no surprise in the music we deliver to the world, this new album by Ricco goes beyond. The pair formed by Gil.Barte, head of Kump Records, and HLM38, in charge of house Notte Brigante, dare to offer a sinuous collection of mantras melted in light, silver dust anddarkness. Each track navigates through ritualistic slow beats, drum'n'bass-ish half tempo incantations and other mystic hybrid forms not so far from Kode 9esque or Shakletonists reminiscences, just to name a few. The titles evoke a spiritual diagonal, from biblical to Islamic worlds and arcanes, passing through Persian tradition and obscure references hard to decipher. Several interludes, leading to the final Prelude, stand as resting rooms to drown the listener into purifying darkambient, where glitches of enlightenment and distants sounds from nature slowly disappear in divine drones. You now hold in your hands a keyholder to somewhere else, a sonic ally through everyday chaos, and spells to protect the soul. Let yourself loose in enchantment.