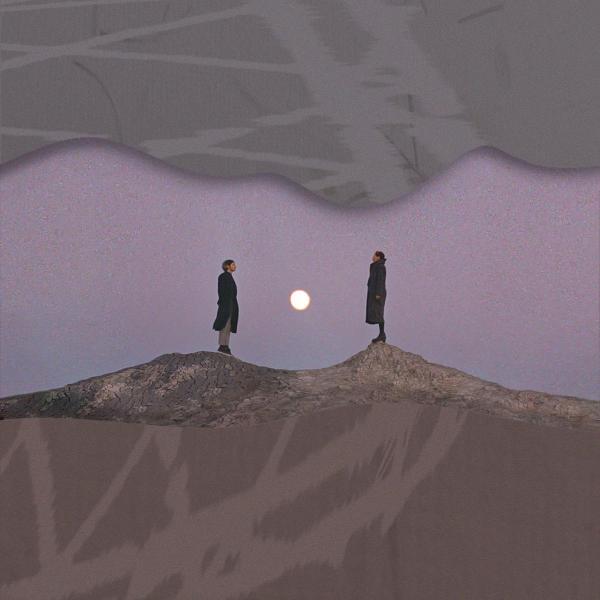 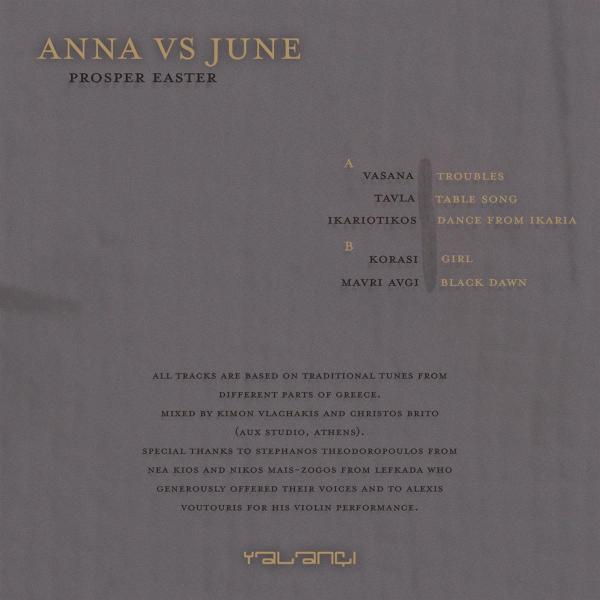 Anna Vs June is the alias of Anna Papaioannou a contemporary music composer from Greece. She captures the perfect balance between electronic and traditional sounds, representing her western and eastern musical influences. Having traveled extensively in rural areas around Greece, she has gathered diverse singing practices from a wide range of areas stretching from the island of Crete to the North East edges of Epirus. In the third release of the newcomer Yalanchi, Anna comes into the picture to share her musical interpretation of growing up in a country that is constantly experiencing an identity crisis. Encompassing her aforementioned research, all tracks on the record are based on traditional music from different parts of Greece, featuring the voices of Anna herself, in addition to guest performances by Stephanos Theodoropoulos from Nea Kios, Nikos Mais-Zogos from Lefkada and Alexis Voutouris with a violin performance. The continuous mix represents 5 songs pressed on heavy duty transparent vinyl and housed in a full printed sleeve with a photograph taken in the South of Azerbaijan by the label founder Ayaz.