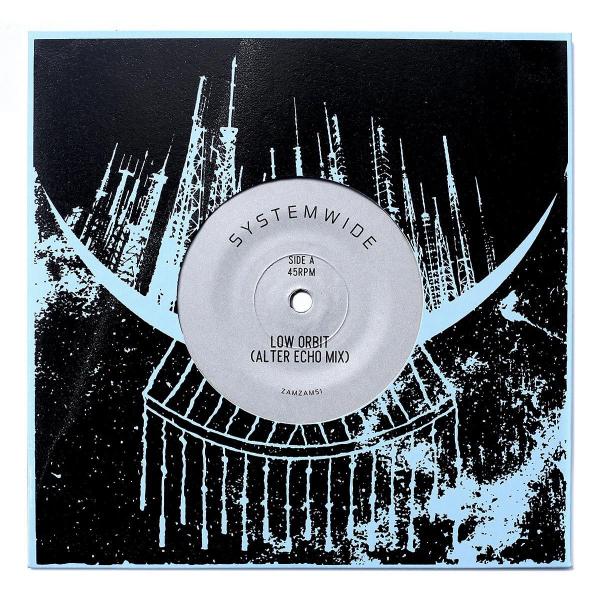 ZamZam embarks on their next 50 releases with the return of Portland s own Systemwide. After a many-years hiatus the crew once hailed as The States' finest dub band, by author & journalist Jeff Chang, is back with two new adventures into live left-of-center dubwise. Systemwide released their first album 20 years ago this year, and dealt in an utterly unique live, full-band, leftfield, DIY mutation of dub until 2003. They collaborated extensively with Sound Secretion (now known as Alter Echo), and were remixed by the likes of Muslimgauze, Twilight Circus, Zion Train, Alpha & Omega, Deadbeat, and many others. They were well-known as a live band from Seattle to LA, opened for Lee Perry and Dub Syndicate up and down the West Coast, and were mixed live by none other than Scientist. Aside from the occasional reunion show, a number of forces sent the band into a long hiatus. But a new generation was exposed to their unique brand of live dubwise via Bristol s No Corner in 2016, when the label reissued two early cuts on limited 12 . This release was a partial catalyst for the creation of these new tunes. In truth the boys had been getting together every few months since 2013 to blast out improvised jams for fun, but with the foresight to multitrack every minute of them. The task was then to shape two of these freeform jams into proper tunes. Systemwide was always at their best live, and both of these sides capture that energy while harnessing the vibes to 7 length. The lineup is a deadly tight combo of midi drums (Tim Ennis), Korg and Moog bass (Mondell Wells), samples and FX (Steve Wegner), Synths and keys (Tim Andrews), and percussion and samples (Ezra Ereckson AKA E3). For this release the crew chose to recruit Alter Echo for a mix, as his deft touch always brought out the deepest aspects of the band s sound. In addition, it felt natural to ask Dubkasm for a version as they championed the No Corner 12 with enthusiasm and earnest love. "Low Orbit" describes a heavy, dark, enveloping dub universe in the classic Systemwide fashion, led by a growling, minimal bassline with swung drums fully locked. Thick, swirling, alien atmospheres that wed inner out and outer space through ancient samples, test tones, cosmic sparkles and a gallery of organic percussion. Hard and low-slung at 134 bpm, it pitches up easily for the 140 crew. Dubkasm s remix of Liberation echoes out from the same well, offering a solemn, magisterial steppers with bubbling bassline and keys seeming to refract each other through dubwise prisms. Bristol legend and Rasta elder Ras Addis intones words of wisdom as Stryda and Digistep work their magic with a brilliant hide-and-seek journey through the tune s instrumentation and the deep spaces opened up through their own hardware and Sountracs desk.