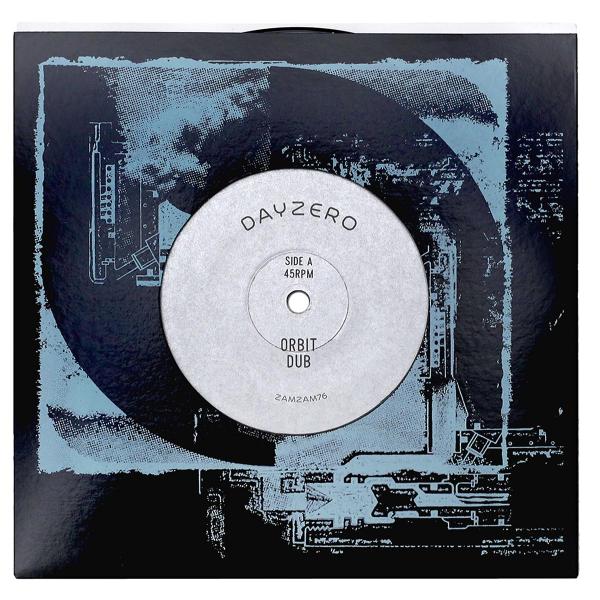 Okayama's Tsuyoshi Hamada, better known as Dayzero, launches the new decade's next wave of ZamZam releases with two sides of 140 sound system wreckers we couldn't be happier to unleash. Wicked releases on Sentry, Heavy Traffic, Vomitspit, and FKOF have set the stage for this 7" stormer. Deftly amalgamating influences from reggae, hip hop, and old school dubstep wobblers, Dayzero is a master of momentum and swagger, captured here in dubwise style & fashion. "Orbit Dub" is a cascade of dirty drums- smashing snares & rusty hats, deep-anchor sub and mid-range wub movement, all of it drenched in reverb, with a snippet of sound tape and siren looping in the distance for contrast. "Theory Dub" clears the air for a wary view of a dystopian world torn by war and environmental collapse. With an intro cut from lacerating hi hats and test tones, kick and bass double in a pounding minimalist trudge, stopping only to blare distorted horns over an empty, forgotten battlefield. These are rare tunes that manage to be both destructively heavy and intoxicatingly elated at the same time. Full points in the dance!!